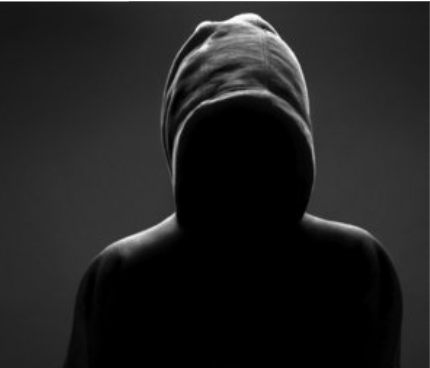 Why is Ghosting a Thing? 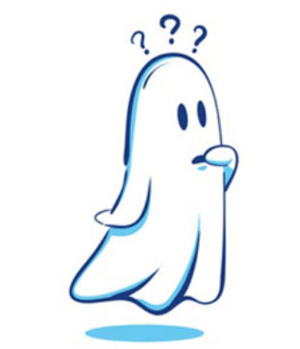 Before we can get into why it exists and what to do about it, let's make sure we all know what it is. We've all experienced it either at work or in personal life. "Ghosting" is what you call it when someone suddenly goes deathly quiet on you for no reason. They don't answer their phone, they don't respond to voicemails, emails, text messages, nothing. It's as if they've fallen off the face of the earth or as if they've just faded away and disappeared...like a ghost. The term originated in the dating scene but is being applied more and more in the business world due to similar behavior. It usually happens when they owe you something, like a response to a proposal, a decision on a media buy, an answer to a question, etc. and it's one of the most inexplicable circumstances for anyone in the communication industry. It's inexplicable because it's so easily avoided. A simple "I don't know" or "I'm not able to make a decision on that yet" or any other honest answer would suffice, but unfortunately the same people who would ghost you in a personal relationship seem to do the same in their professional ones.

A 2014 YouGov/Huffington Post poll of 1,000 adults showed that 11 percent of Americans had “ghosted” someone. A more informal survey from Elle magazine that polled 185 people found that about 16.7 percent of men and 24.2 percent of women had ghosted someone at some point in their lives. With numbers that high you can count on being ghosted at some point in your career.

Being ghosted by clients is the worst. Especially clients you've come to think of as friends. We all have things that come up and it's almost always the case that when your client resurfaces they've got a slew of excuses as to why they ghosted you for so long - but it doesn't change the fact that they could have simply answered one of the emails or responded to one of the texts, even with a "crazy busy, can't talk now" or something of the sort.  So why do they do it? 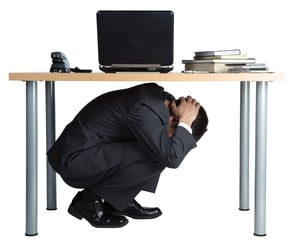 "Many of those who have ghosted are contrite, citing their own fear, insecurity and immaturity." - Valeriya Safronova in NYTimes.com article

Best we can tell these are individuals who either don't handle pressure well or are easily overwhelmed to the point where they lose control of their ability to manage their personal and business life. Sometimes they fall victim to processes they don't control or don't know how to control. When faced with having to come clean about a situation (aka saying "I don't have an answer right now" or "I haven't been able to get the necessary approvals" or "the decision is stuck in committee and I don't have the authority to move it forward"), they just go silent. They'd rather say nothing than say something they don't want to say (or don't want you to know). It's juvenile and unprofessional but it's rampant and you'll have to deal with it at some point.

What can you do?

It depends on how far you want to go and how badly the ghosting is hurting you at your job or otherwise. For instance, in situations where a client is ghosting you and their input is key to your financial projections for the next quarter or year, that ghosting can really impact your work. The crazy thing is, after you've tried reaching them a certain number of times you start feeling like a pest!  Bear in mind we're not talking about an unsolicited proposal you've sent over or something of that sort. We're talking about an existing relationship with outstanding deliverables. You're under pressure to provide input that you had every reason to believe would be coming from your client and now they're ghosting you and making you look like an idiot. Not cool.

Every situation is different so you'll have to figure out what works best for you, but we have a few suggestions based on years of experience:

1) Don't give them the chance to ghost you in the first place.

Ghosting is only possible when they owe you something so minimize those circumstances at all costs. We recently wrote about the changes to the creative development process that arise from co-creation.  When your client is developing the work with you the approval process is fundamentally changed. The more work you can get developed and approved at the same time while the client is live and interacting with you, the less chance you have of being ghosted by that client later (at least on that project).

Some clients count on the physical distance between their office and the agency to enable their ghosting. Let 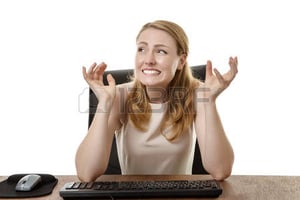 them know that doesn't work by finding a reason to show up at their office. It's super inconvenient on your side and not something we'd recommend you make a habit of, but it definitely works. It shows them that they can't hide (at least from you) for very long because you'll literally hunt them down. When you meet with them, try approaching the discussion from a servant leadership perspective (eg. "What can I do to make our communication more effective?").  It's unlikely they're going to have a reasonable response for why they've been ghosting you so don't bother asking. All you're trying to do is get across the point that they might find ghosting effective with others in their life but it's not going to work with you.

Rather obvious, yes, but there are two ways of doing this. The easiest is to start building a relationship with your current client's boss. Find reasons to meet with them. The stronger that relationship becomes, the more you risk alienating your current client, but if that client is a ghoster it's worth the risk. Just the knowledge that you could reach out to their boss if they try to ghost you again has magical effects. And if it does happen again and you reach out to their boss who ghosts you as well? Then it's likely a corporate culture issue and you need to take the second option - find another company to work with. Believe it or not ghosting can actually be an acceptable practice at some companies and those companies should be avoided like the plague.

Ghosting is a Plague. Transparency is the Cure.

Ambiguity is one of the leading causes for ghosting. Not knowing the answer to a question can make you avoid the question and the questioner until you have an answer to give them. When everyone knows the same information the circumstances that lead to ghosting vanishes. Using tools like the Visual Project Management Boards in AQUA makes sure that everyone knows who's working on what, at what stage every project is in and when they can expect their part to start (and end!). It's a level of transparency that makes sure nobody gets ghosted at any point along the project.

Give it a try at your agency and see for yourself. Online demos are free and easy to schedule. Just click below and we'll reach out to you in no time. Ghosting is not a thing at Advantage.

"It's just a small change..." is usually how the conversation starts.
Read More

Successfully Implement Change in Your Agency

You don’t have to be in the agency or media buying business long before you realize there is one...
Read More