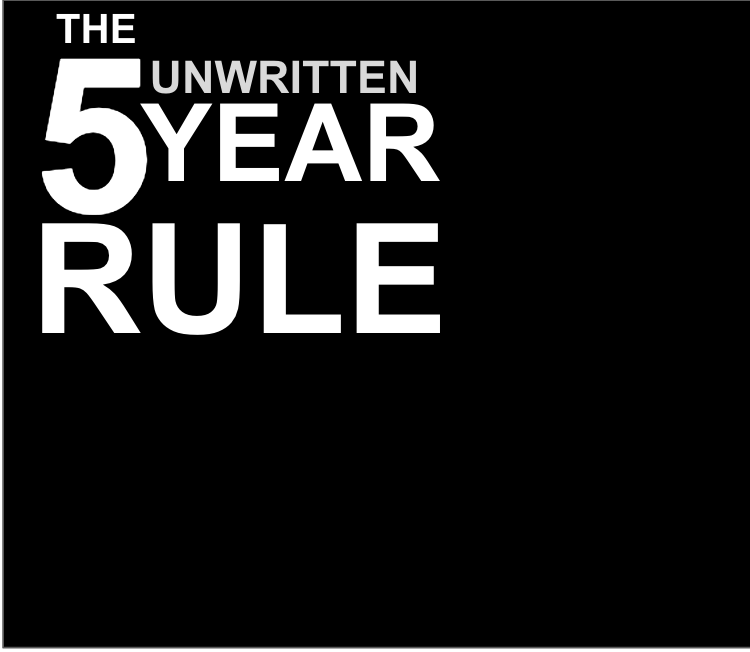 There was a time when people took a job and stayed in that job for their entire career; 20 years or more. Those days are long gone.

There are cultural norms in every industry and Advertising is no exception, but the norms in Advertising seem to be (not surprisingly) on the extreme end.

Advertising has an unwritten 5 Year Rule, which means that if you're at an agency for longer than five years, you have to start explaining why. It's the opposite of the "jumper" who bounces from agency to agency every year. This is what is often referred to as a "lifer" which carries the perception that you've lost the motivation to advance your career and are basically operating on auto-pilot with the intention of staying where you are as long as possible. It's not a positive perception.

There are both personal and corporate reasons why the five-year mark is a turning point for employees. We'll look at a couple from each. Let's start with some personal reasons:

After five years in a particular position, you should have reached mastery or near mastery of whatever you're doing. You should be overdue for a promotion, which means that every day you spend in your role incurs an Opportunity Cost of what you could be making somewhere else in a more senior role that you're amply qualified for at this point. Agencies often provide annual salary increases but those increases rarely keep up with wage growth in the broader market. After five years the gap between what you're currently making and what you could be making elsewhere is significant - usually in the 20% - 40% range. And that's just for the role you're currently in. The reality is you should be applying for a more senior role given your experience, which carries a much higher salary expectation. 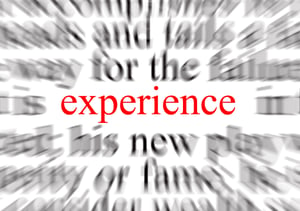 A well-known CMO once said, "The first 20 years of your career are for gaining as much experience as you can. The second 20 years are for making as much money as you can." On average, it takes 3 to 6 months to settle into a new job, find your bearings, understand expectations and begin to meet (or hopefully exceed) those expectations. Five years later, you can do that job in your sleep. It's one thing if you're getting promoted every 18 to 24 months and continuing to take on and learn new responsibilities, new challenges, etc. But if you're still in the same job you had five years ago, your career has plateaued (at least where you're at) and you're wasting valuable time that you should be gaining experience with.

Everyone knows what you're capable of after five years. They know your strengths and weaknesses. If you're being passed-over for promotion, it's because something's out of step with your abilities and either the agency's culture or the agency's expectations for your boss' job. Chances are, you're only still at the agency because your salary is so low that it doesn't make financial sense to replace you with someone else. The 5 Year Rule makes sense on the personal front because it serves as a reality check for everyone to make sure your career is still progressing.

For agencies, the 5 Year Rule has both strategic and financial reasons:

An agency's resources go up and down the elevator every day and the only way an agency can stay competitive is to make sure those resources are the best they can find and afford. Every individual who joins the agency brings with them best practices from the agencies they've worked at; best practices that often encompass strategy, technology, project management, culture and more. But there are only so many seats on the bus. Employees who have been with the agency for 5 years or more have already provided all the competitive advantage they can to the shop in terms of what they brought with them from their experiences. Unless they're on the list for promotion, the health and survival of the agency depend on filling their role with someone who will bring a fresh perspective, a higher level of energy and competitive advantage to the agency. 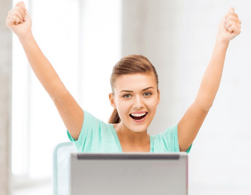 As mentioned earlier, most agencies offer salary increases every year, which means that an individual at the end of 5 years is making around 10% - 15% more than when they started. While that's pretty abysmal wage growth it's still substantial when viewed from the lens of what the agency could save by replacing that person with a less experienced individual who could do the job for significantly less than what they're paying the current employee. That savings can then be redeployed to a higher-cost new hire (either in the same competency or in another) who brings significant competitive advantage to the shop or can be dropped to the bottom line of the agency's financials to help fund the bonus pool, etc. It's the right thing to do for the agency and most often the right thing to do for the employee as well, since many times the power of inertia can keep employees functioning on auto-pilot until they're forced into finding a more challenging role by being laid off.

Don't get caught by the 5 Year Rule

Many employees find themselves in a bind. They're told that in order to get promoted, they need to show that they can do their boss' job. Which means that they not only have to do their own job, but they have to find the time to take work off of their boss' plate as well. How do you do that?

Automation is how you do that.

Today's Agency Management Systems (at least the best in class ones) have features that enable you to automate time-intensive, highly repetitive actions that can free up a significant amount of time in your day and allow you to work a lot smarter (like taking on responsibilities that your boss has today). You doing so then frees them up to take things off their boss' plate and so on until the CEO winds up with lots of time to actually run the agency and you wind up with the promotion you'd like.

If your agency isn't using a system that enables you to automate repetitive tasks, then it's time to recommend a change. Schedule a free online demo of Advantage's agency management system to see how far automation has come and how powerful it can be when applied to agency tasks. Advantage is designed specifically for agencies, so you won't struggle to understand how the system works, what things are called, etc. It may be the most intuitive software you've used to date. Automate your way to a promotion with Advantage and fear the 5 Year Rule no longer.

Email has many purposes, but document management is not one of them. We send and receive documents...
Read More

New business is the lifeblood of every agency, but does all new business have the same value to the...
Read More